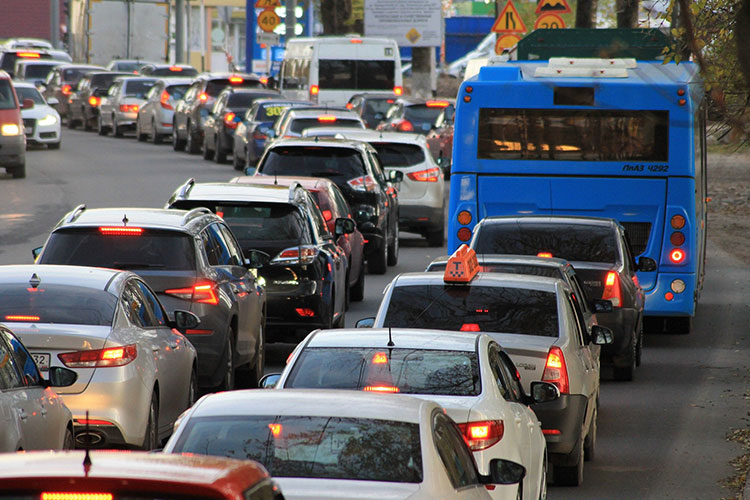 “Traffic Jam” by Alexander Grishin from Pixabay
While air pollution is known to be a potential hazard to overall health, recent research indicates poor air quality can also impact on our sleep. The research suggests increased levels of air pollution may lead to an increase in the risk of sleep disorders such as sleep apnoea.

These disorders can result in a sustained period of poor-quality sleep, with this sleep deprivation having the potential to cause serious health issues, including heart disease and stroke. Although more research is required to prove a causal link between air pollution and sleep apnoea, continued exposure to poor quality air can also lead to heart and lung health issues.

Air Pollution and Lack of Sleep

There can be a number of factors why someone may be finding sleep difficult to come by. Sleep disorders such as obstructive sleep apnoea, where a person has trouble breathing while sleeping due to a narrowing of the upper airways, can be affected by factors like age, weight and smoking.

A study of nearly 2,000 people accounted for these factors when it looked at a possible link between air pollution and sleep apnoea before publishing its results in the Annals of the American Thoracic Society. In this study two common outdoors air pollutants were taken in to consideration, nitrogen dioxide and a small particle known as PM2.5. The researchers found people living in areas with higher levels of these two pollutants were at more risk of suffering with obstructive sleep apnoea.

The reason for this increased risk could be down to irritation of the upper airways caused by inhaled pollutants. It may also lead to inflammation of the nasal passages which contributes to the narrowing of the airways and the breathing difficulties experienced with obstructive sleep apnoea.

Another reason why air pollution could result in a lack of sleep was examined by a recent study in China. This centred on how pollutants in the air we breathe could be affecting the brain directly, thereby impacting on its cognitive functions while we sleep.

Modern industry and traffic are major contributors to the pollutants in the air we breathe. Yet for those who suffer from allergies the quality of their sleep can be further compromised by the allergens they inhale.

Some allergens may be seasonal such as pollen, but others can be an all year-round problem if not properly managed. Such allergens include dust, mold and pet hairs, and these allergens can cause inflammation in the nasal passages for allergy sufferers and lead to increased mucus production.

The end result is an increased difficulty sleeping at night and the side effects of some allergy medications may add to the problem as they can cause dehydration in the nasal passages.

The reactions experienced due to allergens is termed allergic rhinitis and if you are suffering with the symptoms over an extended period of time you could find yourself increasingly sleep deprived. It is a lack of sleep, combined with daytime fatigue, which are common problems associated with disorders like sleep apnoea.

Aside from the frequent interruptions to sleep and loud snoring which are major symptoms of sleep apnoea, prolonged spells of sleep deprivation can increase the risk of heart disease, high blood pressure, stroke and type 2 diabetes. The daytime fatigue also places you at a greater risk of an accident and particularly a traffic accident.

Although modern life makes it difficult to avoid pollutants completely, there are numerous ways to try and reduce your exposure. This is particularly so if you know you are allergic to certain pollutants such as pollen as you can manage your home environment to better protect you from their affect.

Checking air pollen forecasts and limiting your time outdoors when the forecast is high helps, but pollen can also drift indoors or be brought in on clothing. Pollen mainly gets released in the early morning, so it is best to sleep at night with the windows closed and then to air your room by only opening the windows on a day where the pollen level forecast is favourable.

To offset the risk from pet hairs and dust mites, make sure you hoover regularly and change bed sheets often.

For those living in busy built-up areas or near busy main roads, managing the environment of your home is not too dissimilar to that for allergen pollutants. By keeping windows closed at peak times or using an air conditioning system you can help minimise exposure to the pollutants.

If changes to your living environment do not fully ease your exposure to pollutants you might consider an air filter system such as a HEPA filter. As air is forced through the filter pollutants such as dust, smoke, pet dander and pollen are trapped and removed from the air you are inhaling.

Do Not Put Up With a Lack of Sleep

Difficulties sleeping should not be ignored and put up with as part of a hectic modern life. Sleep deprivation can result in an increased risk of serious health consequences and anyone experiencing a prolonged period of a lack of sleep should consult a professional.

Symptoms of sleep apnoea include:

With an at-home test, you can easily get a diagnosis of sleep apnoea (it that’s indeed the cause of your problems). These easy to use tests measure blood oxygen levels and heart rate over two nights via a monitor attached to a clip worn on a finger as you sleep.

Analysed by trained sleep professionals, the data can indicate the level of sleep apnoea suffered, from which a relevant treatment plan can be recommended to help prevent the symptoms of the disorder and return you to consistent nights of important, restorative sleep.

To shop for the highest-quality selection of CPAP devices: https://www.cpap.co.uk/shop.html THIS SERVICE HAS BEEN SUSPENDED. - This service requires the equipment to be returned via the Post Office. Due to COVID-19 pandemic, many Post Offices are now closing, and official government advice is that nobody should leave their house unless it is essential. We strongly support this advice and are therefore suspending this service until this advice changes, and non-essential trips are once again permitted. This has been a difficult decision but one we feel is correct in the circumstances. You can sign up to be notified when this service is available again below. We thank you for your patience and understanding.

The Link Between Sleep Apnoea and Atrial Fibrillation

It is known that millions of individuals throughout the United Kingdom suffer from obstructive sleep apnoea (OSA). There are countless millions more who might not be aware that this condition even...
More info 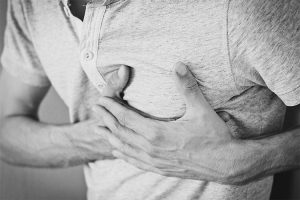 The Important Link Between Sleep Apnoea and Heart Disease

"Heart Attack" Image by Pexels from Pixabay. Anyone who has experienced obstructive sleep apnoea (OSA) for an extended period of time is well aware of its most common debilitating effects. Some...
More info 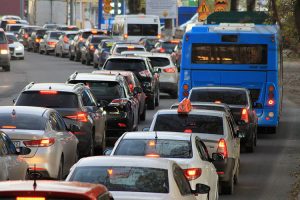 "Traffic Jam" by Alexander Grishin from Pixabay While air pollution is known to be a potential hazard to overall health, recent research indicates poor air quality can also impact on our sleep. The research...
More info